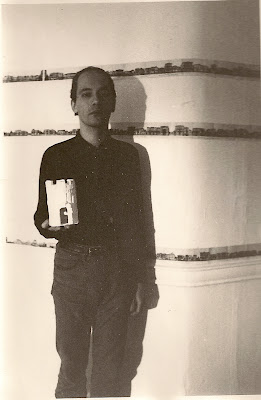 Can a mugshot or a portrait that reminds us of a mugshot record an emotional engagement of whatever sort between the photographer and the subject? Does the lack of overt emotional affect seem somehow more truthful than a display of emotion? Is visible emotion on the face of a subject the moral equivalent of dark glasses or pancake makeup? Or is a lack of overt emotional affect seemingly more truthful because it is the underlying state, whereas any given emotion is weather, transitory and fickle? But would that mean by extension that a landscape cannot be truthful unless it is devoid of weather?