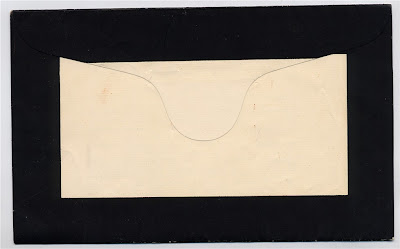 At one time the news arrived this way. The fact was on the outside, the particular name was within. It got to the point immediately. As fixed and universal as the skull and crossbones on a bottle of poison, the black frame precluded any mush-mouthed circumlocution. Nobody had "passed away," or "departed," or been "called home." They were dead, Jack. The bell tolled, the coffin was carried from house to church to pit, often by human strength alone. A few sentences read aloud out of a book, and the cadaver was food for worms. Happened every day, more often in winter.

When people stuck relatively close to the village, the death letter wouldn't come as a surprise, since you'd been hearing that someone had been doing poorly, was on their last legs, that the doctor had shaken his head and the priest had been hovering around. It got harsher when you moved away for work and didn't always hear what was happening back home. When you were far from your people, finding that letter in your mailbox could knock you for six. (I refer you to Son House on the subject.) Eventually the telephone took over the job, and by then death was always a shock, like it wasn't supposed to happen. People no longer remembered waves of epidemics, no longer saw farm animals die. 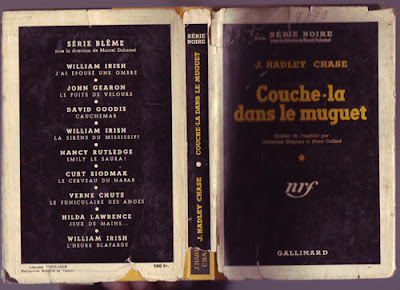 But then the black moved from the fringe to the center, and death happened to other people, and you consumed it, for fun. Yes yes, I do know--murder stories have been around since our ancestors first figured out how to use tools, and murder stories were always prurient. The shift had mainly to do with black. It was the color of rectitude, of clerical sobriety, of mourning. Then, when widows stopped wearing weeds, it became the color of the hard case. Black stopped commemorating death and began spitting at it instead.

As far as I'm aware, Maurice Heine was the first to use the term roman noir, in the 1930s, to describe the common ground between the works of D.A.F. de Sade and the English Gothic novelists. In 1945 Gallimard initiated its noire series in distinction to its high-lit blanche. Nino Frank coined the term film noir in 1946. Black was still harsh then, still reminded people of crepe and worms and finality, and the shock value was enhanced by the recent memory of wholesale death. For decades there was a near-taboo on black in many areas of life. When punks began wearing black in the mid-'70s, in part as a reaction to complacent hippie optimism, they often had to resort to dye.

Nowadays black is shorthand for a generalized and indefinite willingness to kick ass. It is sported and consumed by some people who lack the capacity for sympathetic identification with others, but also by a great many who earnestly hope their bluff won't be called. Black stands for a kind of armor, but by now it's usually made of paper. Black has lost its connection with mourning; the color of death nowadays is probably beige, or powder blue. Maybe soon it will be generally recognized that the most sinister images are the smile, the hug, the smock printed with a pattern of cartoon animals. It will be interesting to see how thugs will adapt to this change.
Posted by The All-Seeing Eye, Jr. at 11:05 AM