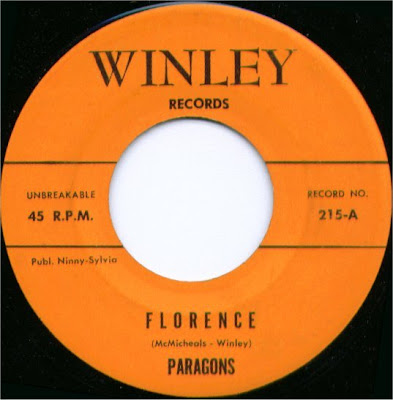 (As long as this blog is sitting on its hands, we might as well assign it some make-work, in this case as a slap-up reprint house. For the next six days we'll be serializing a story that was published in the spring of 2007 in Conjunctions, and has appeared online only in French translation.)

Very late that night, riding home on the train as it shoots past the graffiti-washed vacant stations on the local track, they stare straight ahead, unable to explain or articulate the sense of dread that fills them both except by reference to the lateness of the hour, or the ebbing of the drugs, or the onset of a cold. The nearly empty train is going too fast, and it leans around curves as if the wheels on one side have lost contact with the track, and the lights periodically wink off for as much as a minute at a time. They sit slumped in a double seat next to a door. Whenever the train stops at a station the doors open and nothing comes in, an almost palpable nothing. Neither bothers to look because they can feel it slide in and take its place among the already assembled nothing. The air is heavy with the weight of an earlier week, when it was still summer in the streets above. The light breaks up into particles. Down here the night could last forever. The song is "Florence," by the Paragons.

Mind if I play it for you? Here it is, on The Best of "Winley" Records, volume seven of "The Golden Groups" on the Relic label, an ancient copy with varicolored stains on the back of the sleeve and a skip in the middle of the cut in question. The skip is annoying, but it also feels like a part of the fabric, along with the hollow-centered production, the dogged piano like the labor of the accompanist at a grade-school assembly, the groans of the four supporting Paragons, and the agony of Julius McMichael's falsetto lead. It's a daredevil performance, a miracle of endurance--he sounds as if he will dissolve into coughing and retching or perhaps even drop dead before the end of the track. The song wants to be a ballad but keeps turning into a dirge. It's so ghostly you can't imagine it ever sounding new. But then doo-wop is a spectral genre. It actually happened on street corners; what transpired in the recording studio, afterward, might sound posthumous.

"Florence" happened below street level. It happened in a cave, in an abandoned warehouse, in an unknown room eight stories under Grand Central Station at five o'clock in the morning. Probably it took place in an impersonal studio off Times Square panelled with that white pasteboard stuff gridded with holes, with folding chairs and ashtrays and demitasse-size paper cups of water and a battered upright piano. Probably the Paragons got a twenty-dollar advance apiece, if that, and then they took the subway home to East Tremont or wherever it was they came from. "Florence" has reached our couple two decades after its release through the medium of oldies radio--a medium of chattering middle-aged men, audibly overweight, short-sleeved even in the dead of winter, who are capable of putting on the spookiest sides without seeming to notice the weirdness as they jabber on about trivia before and after. Doo-wop became "oldies" in 1959, when it was still kicking, a premature burial but a phenomenon that allowed records that had sold a hundred copies in the Bronx when new to suddenly go nationwide and become phantom hits a couple of years later. But "Florence" cuts through the format with its breathtaking weirdness. The piano, the groans, the keening falsetto--it comes on as Martian. "Oh, Florence, you're an angel, from a world up above," raves the singer in a dog-whistle register that symbolically indicates the purity and intensity of his passion, while an Arctic wind blows through any room where the song is played.

Naturally our couple don't know that each has "Florence" playing on the internal soundtrack, not that either would be surprised. The hour, the chill, the sticky yellow light, the vertical plunge from a high--all call down "Florence." The moment could feel merely depressed, small-time, pathetic, but "Florence" in its strangeness lends it magnificence. They feel heroically tragic in their stupor. "Florence" places the moment in the corridor of history, makes it an episode, emphasizes its romance and fragility and proximity to heartbreak, suggests that a contrasting scene will follow directly.

Now they have emerged into the weak pre-dawn light of the street. The place is empty except for garbage trucks. The traffic light runs through its repertory of colors to no effect. They still haven't spoken, not in an hour or more. Words feel too huge to shovel onto their tongues. The lack of traffic is convenient, since their reflexes are too slow to negotiate any. They walk, side by side, down the street of shuttered stores, each plodding step a small conquest of space. The apartment seems impossibly distant, their progress the retreat from Moscow. At this hour time doesn't exist, actually. The hour just before dawn looks like night, but with all of night's glamour stripped away, and although habit assumes that dawn will soon arrive and peel back the sky, there is no real evidence of this. Darkness clutches the world and will not give it up. The calendar year is an even flimsier proposition; only the 24-hour newsstands maintain it, here and there shouting it into the void like street-corner proselytizers. The year is a random set of four digits that may or may not coincide with the information imparted by the posters wheat-pasted on the windows of empty storefronts. In all probability, "Florence" has not yet been composed or recorded. Our couple has imagined it. When they awaken the following afternoon, they won't remember how it visited them.
Posted by The All-Seeing Eye, Jr. at 1:13 PM