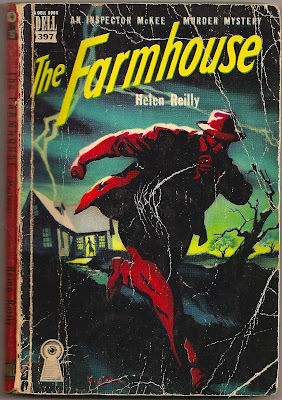 In this picture you see me, fleeing from my home of seven years. It was in fact a farmhouse, although its grounds had long ceased being a farm. It was a nice house, and beautifully situated. The view from the back--meadows tumbling toward a pond with a ridge behind, the valley angled to the right giving an impression of sumptuous depth--made visitors exclaim. An allee of ancient maples guarded the long driveway. The house had been built in 1904 as a folk-art approximation of the Second Empire style. The barn--rescued from collapse at no small cost--had been made in the nineteenth century from parts of even older structures. There was a peach tree, and the remains of an orchard, and a chicken coop, and a shed that was being slowly squeezed to death between two trees. Every spring the farm dump would cough up a few more things--glass pill bottles, pot lids, patterned china fragments--that weather had made to rise from their graves.

I lived there, as I said, for seven years, and before that I lived in another rural setting for halves of five years. But eventually I couldn't go on. Other circumstances played their part, of course, but to some degree I was fleeing country living itself. I've always been a city-dweller. I was born in a city, fled the suburbs for the city as early in life as was feasible, lived in New York City for 28 years. I never had any intentions of living anywhere but a city, but I was lured to the country by promises of interior space--an effective draw after so many decades of constriction. Summers in the country were pleasant, and with the city to go back to when the weather turned rotten, the country was enticing. I was living in a pretty wild area then, and could walk for hours in a straight line and not see anything manmade but stone walls and deer platforms. Or I could drive and try to get myself lost, winding down roads that you could easily pretend had not been visited by the twentieth century.

When circumstances dictated moving to the country full-time, however, that specific country had a suburban aspect--the previous location necessitated a full hour drive to get to a decent supermarket. In this version of country, everything was a memorial to its former identity--former farms, former haylofts, former roadhouses, former depots, all engaged in more self-conscious, college-graduate sorts of activities. I could still have managed, if I had possessed much of a feeling for nature. Because nature hung around, magnificently sometimes: coyotes, bald eagles, owls, foxes, bears, the occasional unverifiable mountain lion. And nature asserted itself as weather on a very regular basis. And that is where I failed, ultimately. Every winter was the end of the world. It was the end of life, everything skeletal and drained of color. Yes, I did know better. That's why I say that I failed it, not the other way around. Now I'm in a town, which is a sort of halfway house, a sort of airlock on the way back to urban life. I've got a tree--two trees, actually--but I'm steps away from neon, and things that are open 24 hours, and people having arguments on the street. I couldn't live in Eden. I'm a citizen of the fallen world.
Posted by The All-Seeing Eye, Jr. at 9:28 PM