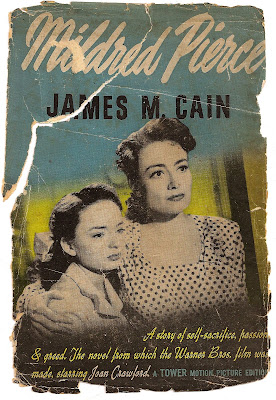 Yes, we're back. Sorry that postings have been so erratic of late, but I just went through an overwhelming week of cleaning the Augean stables, followed by moving. (Faithful readers will note that I moved only a month ago. Let's just say the task came in two parts, of which this was the larger by far.) As a consequence, I have my entire library together in one place again. This is no small matter.

I have a very large library by most normal standards, have seemingly arranged my life in order to acquire as many books as possible--I worked for three years right out of college in a large secondhand bookstore, then for a literary review where I raided the mailbag on a daily basis, and spent much of my free time in book barns and flea markets. Meanwhile I've moved around, often; only once did I live in a single place for as long as ten years (and it was possibly the rattiest of all my residences). I lived in New York City in that bygone era when as soon as you got a $20 raise you'd move to a slightly bigger apartment. My older friends probably still suffer joint aches from helping carry my hundred boxes up to sixth-floor walk-ups.

But after living in smallish apartments for decades I just spent seven years in a house with a full-size attic, and everything went to hell. Books entered my house under cover of night, from the four winds, smuggled in by woodland creatures, and then they never left. Now that I have moved again--into a house that's not necessarily smaller but that I am determined to keep from being choked with books like kudzu--I have just weeded out no fewer than twenty-five (25) boxes worth: books I won't read and don't need, duplicates, pointless souvenirs. I discovered that I owned no fewer than five copies of André Breton's Nadja, not even all in different editions. I owned two copies of St. Clair McKelway's True Tales from the Annals of Crime & Rascality, identical down to the mylar around the dust jacket. I had books in three languages I don't actually read. Etcetera. It was time to end the madness.

I still possess a great many books. But I'm not a book collector. Over the years I've gotten used to the inevitable questions. No, I haven't read all of them, nor do I intend to--in some cases that's not the point. No, I'm not a lawyer (a question usually asked by couriers, back in the days of couriers). I do have a few hundred books that I reread or refer to fairly regularly, and I have a lot of books pertaining to whatever current or future projects I have on the fire. I have a lot of books that I need for reference, especially now that I live forty minutes away from the nearest really solid library. Primarily, though, books function as a kind of external hard drive for my mind--my brain isn't big enough to do all the things it wants or needs to do without help.

Optically scanning the shelves wakes up dormant nodes in my memory. Picking up a copy of Thomas Nashe's The Unfortunate Traveller or George Ade's Fables in Slang or Chester Himes's Blind Man With a Pistol and leafing through it for five minutes helps restore my writing style when it has gone stale. Seeing that the Personal Memoirs of U. S. Grant is fortuitously shelved right above The Ego and Its Own by Max Stirner might get something going in my subconscious (or it might not). Many books are screwy, a great many are dull, some are irredeemable, and there are way too many of them, probably, in the world. I hate all the fetishistic twaddle about books promoted by the chain stores and the book clubs. But I need the stupid things.
Posted by The All-Seeing Eye, Jr. at 5:58 PM