That's When Your Heartaches Begin 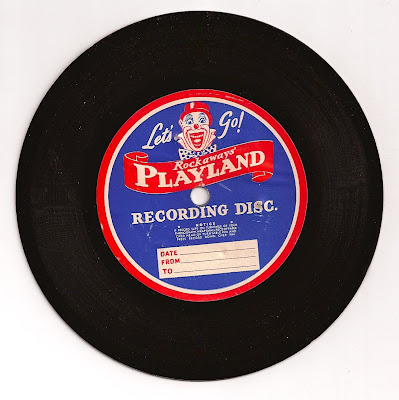 "Cats," I said, "Let's get real, real gone"--and the rest is history. Or it should have been. Because no one outside my immediate family has ever heard this legendary performance, recorded in a rickety booth on the Rockaway midway on August 16, 1952. My sidemen, Carl Jr. and Bip, were sadly caught in the eye of a multi-vehicle pileup on Cross Bay Boulevard on their way home, and their talents were claimed for the choir eternal. And neither my family nor myself have heard the recording since the evening of that fateful day. The minute the tone arm came down on its grooves we trembled, realizing its revolutionary significance. We knew that if anyone were to release its contents, the course of history would be altered and the youth of America--nay, the planet--would never be the same again.

Aghast at what I had wrought, I immediately arranged to meet with an agent, a fancy man from one of the Sixth Avenue talent farms. He summoned me to his office steam room, where he smoked a panatella while one sleek beauty buffed his toenails as another marcelled what was left of his hair. He didn't want to hear the recording; he wanted to hear my pipes. I tried to explain; he waved away my concerns. He wanted me to sing "Silver Threads Among the Gold," there and then. And I could have, you know. I could have capitulated, and warbled right there in the steam room, and signed a lucrative contract, and endured a career as the next Danny Kaye or Mario Lanza. But I gagged at the prospect. He was not a man with a vision. I left, dejected, and went to sit in a booth at Jack Dempsey's, barely able to choke down my double order of banana cheesecake.

Oh, I tried other agents, with similar results. I called record companies cold and was offered a typing test. I called radio stations and was taken for a subversive and visited by government agents and compelled to sign a loyalty oath. I called a legendary all-night disk jockey whom I will not name, and he was amenable to meeting me and hearing my recording. He even sounded enthusiastic at the prospect, and arranged for me to come to his table at the Hotcha Room, in the Hotel Murray on 44th Street. When I presented myself, though, his face fell. Perhaps it was because I was over forty and a slight bit out of shape. He abruptly gave me the gate, with no apology or even a drink. And so it went, a veritable calvary, a trail of tears. I could not get anyone in a position of power and influence to so much as listen to my recording. Eventually I gave up. I faithfully went to work each day in the mail-sorting facility in Woodmere and tried to forget. My family was sympathetic, and plied me with baked goods to assuage my sorrows.

Now, however, I am at peace, living here in quiet comfort, gently swaying in the sea breezes not very far from the beach in Palm Shallows, Florida. I've been traveling every day to my self-storage facility nearby and sorting through eighty years of precious memories. I've found many, many irreplaceable relics from a life rich in love and laughter and have systematically sold them on eBay, gradually assuring further monthly payments on my trailer lot. Then, just yesterday, I turned up my history-making record. I had actually managed to forget it; for a few minutes I wasn't sure what it was. Then the memories came flooding back. Reconstructing the events of that day, I could hear its unprecedented sound in my mind's ear. I instantly knew that even today, after so many rotations of the earth and so many changes in fashion, my recording would still sound like nothing else. And so I will be listing it on eBay, with a modest opening bid 0f $10,000, with free shipping, insurance included. The buyer should beware, though. Should it be released to the wider world, thrones will topple, beliefs will be scrambled and the very conduct of life will be upended. I will retain copyright. And if you leave me positive feedback, I will do the same for you.
Posted by The All-Seeing Eye, Jr. at 1:23 PM