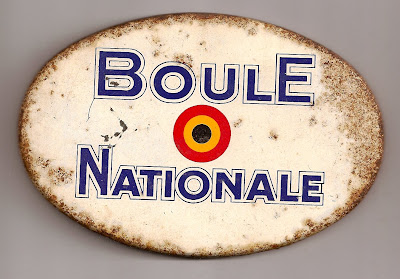 Early yesterday a friend across the Atlantic emailed me: "Tonight in Parliament the fuse was lit for the implosion of Belgium in sixty days." I've heard much doomsaying of this kind over the years, but this was a trifle more specific. The crux seems to be that the Flemish will claim a certain number of the ring towns around Brussels and make them Flemish by fiat, which means that residents (who may, depending on the town, be largely or even overwhelmingly francophone) will get electoral ballots naming only Flemish candidates, have access only to Flemish schools, face public officials who will refuse to speak or reply to French, etc. This in a roundabout way addresses the issue that has prevented Belgium from splitting into two parts thus far: that Brussels is both overwhelmingly francophone and at same same time the capital of Flanders. The Flemish militants appear to be on their way to making Brussels a Flemish city whether it likes it or not, a task which may also involve the purging of the--largely francophone--immigrant populations.

If Belgium splits into two, Flanders will vie with Norway for the top of the European Union food chain, while Wallonia will scramble with Portugal for the bottom. How is all this possible, you ask, in a stable, prosperous First World nation? The matter may or may not go back to the Battle of the Golden Spurs in 1302, as Flemish mythology would claim. It definitely goes back to the nineteenth century, when the country's post-independence ruling class spoke French and marginalized the Flemish, who could, for example, be arrested, tried, and sentenced without understanding the charges against them. My worker and peasant ancestors didn't speak French, either, and were marginalized themselves, but as Walloon speakers they could at least catch the rudiments of another Romance language.

The matter heated up after World War I, when the fact that Flemish militants had sided with the Germans occasioned public rancor. A similar set of issues caused unrest after the second World War, but it wasn't until the 1960s that the subject came to dominate the daily life of the nation. The heavy industries of Wallonia--steel, textiles, coal, glass--were dead or moribund, and Flanders, once largely rural and backward, had taken the economic lead. The Flemish separatists achieved a new credibility by stressing their unwillingness to carry the ailing South financially. I happened to be in Belgium in 1969, when the formerly state-mandated and universal bilingualism ended under pressure, with the other language being painted out on road signs, disappearing from menus and train schedules, the University of Louvain/Leuven splitting into two parts, and so on. Ever since, it has been a slow motion dissolve.

You can compare the situation to that of the former Yugoslavia: minor differences between neighboring populations with much interbreeding are exacerbated after the formerly overrun, colonized, and exploited area--as the future Belgium was for centuries before 1830--recovers its autonomy. Even so, I don't expect the situation to make much sense to outsiders. It hardly makes much sense to me, but then even though I carry a Belgian passport I've spent most of my life abroad. Belgium is a sick country. Flanders--in which I have quite a few friends--is disturbingly under the sway of far-right elements, while Wallonia--home to whatever remains of my family--is a swamp of corruption and institutionalized incompetence. I still carry a Belgian passport because, ironically enough, I have no belief in nations and no sense of any kind of national identity. (I am, ethnically, nearly one hundred percent Walloon, for whatever that's worth.) Will my ancestral home plunge to Second World status? Will it be propped up like a corpse in a chair by the European Union? Will it be adopted by France if it wags its tail hard enough? Will anyone not immediately affected even notice?
Posted by The All-Seeing Eye, Jr. at 11:39 PM